Botox is the name we all recognize, but it’s not the only way to get rid of those pesky fine lines and wrinkles.

You have probably heard plenty about Botox over the years because it is the most popular. Botox smooths lines in the forehead, between the eyebrows, and in the crow’s feet area.

The main difference between the Dysport and Botox wrinkle relaxers is that Dysport contains smaller molecules, typically leading to faster results. You may notice facial changes in three days with Dysport versus the normal seven with Botox. Dysport can be more useful for larger treatment areas.

INITIAL RESPONSE AND LONGEVITY – There is another difference in the botulinum toxins as well. Dysport™ seems to have a faster onset, with results beginning to appear within one to seven days of treatment, while Botox takes between three and ten days to become effective. This does vary between patients, however there is no difference in longevity, which is about 3 to 4 months.

COST – Some of my patients’ main concerns is the cost of Dysport compared to Botox. Dysport is approximately 1/3 the cost per unit of Botox; however, it is also 1/3 the strength. This means you will need about three times as many units of Dysport to get the same results as you would with one unit of Botox. As a result, we find that the cost of a Dysport treatment is the about the same as Botox.

PROLONGING THE EFFECTS OF EITHER – The beneficial effects of both Botox and Dysport can be prolonged, sometimes for quite some time longer than the ordinary 3 to 4 month duration, by suggesting that the patient undergo a series of three or four initial treatments, spaced at four month intervals. It seems that the continual presence of the Botox or Dysport in the muscle tissue during that period “teaches” the muscles of facial expression not to contract as actively as they did before treatment. It is this learned “lesson” that is believed responsible for the more prolonged response seen in many people, even after all the toxin has been metabolized away by the body. 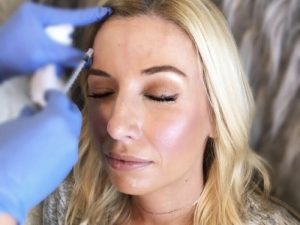 Call us today or DM us on Instagram to become a VIP member for ONLY $29.99/month.